What is energy healing?

“I think that energy, and the use of energy in healing, will be the biggest frontier in medicine over the next decade” – Dr. Mehmet Oz

Let’s not beat around the bush. Chances are that if you’re reading this, you may already have bought into the concept of Chakras, cleansing your Aura, opening your Third Eye etc etc.

Or you may be the hard-to-convince skeptic who, despite the silly sound of the words “Energy Healing”, just feel a tad too curious not to find out a bit more.

Or maybe you’re somewhere in the middle.

Regardless of your position, in this article we’re going to take a practical approach to find out —what is energy healing?

Too eager to get started? Check out these articles:

For centuries there has been a belief that we’re made of energy currents often referred to as life-force energy.

The Hindu’s call it Prana.

The Chinese call it Chi.

The Tahitians from Hawaii called it Mana.

While the Austrian doctor Wilhelm Reich called it Oregone.

Though its existence and importance has been recognised for a long time through many different cultures, western medicine is yet to accept it.

Despite the over-abundant amounts of empirical evidence (that is, subjective experiences of healing), there is still no single machinery available that readily can either confirm or measure the existence of this life-force energy.

However, that doesn’t seem to stop it from being effective.

The World Health Organisation (WHO) already accepts Energy Healing as an effective complementary practice. This has given the rise to an increasing amount of hospitals utilising energy healing practices such as Reiki and Quantum Touch in their clinics.

Clearly, something interesting’s going on.

Let’s have a closer look.

While Energy Healing comes equipped with many different explanation models, the perhaps most universally recognised one is that of frequencies and vibrations.

The idea is to raise your own and/or others frequencies. The higher the better.

While a chronically inflamed elbow may have a certain frequency, it can use something that’s known as resonance to raise it.

Resonance is a naturally occurring theme in our everyday life and nature. When women spend time together for prolonged periods (no pun intended), their menstrual cycles tend to synchronise. This synchronisation is known as resonance.

Tuning a guitar or a piano is done through using equipment that shows you the tone to be played in order for you to match it. This is exactly the theory behind how energy healing works.

The healer will raise their own frequency and have the intended client match their frequency through resonance.

Having this new frequency, the client starts to heal themselves.

But how is this any different from a Placebo effect?

Placebos are interesting, to say the least. Many studies have shown that the majority of medicine taken today (especially those for psychological conditions) are no more effective than placebos.

Still, it kind of does make sense.

A pill itself will not cure you of ailments or pain, but it’ll trigger releases of hormones and functions that likely will cure you.

In this sense, the pill only functions as the middle-hand.

A placebo however, gets straight to it, and is often triggered by the false belief that the pill that was given, will contain the properties that’ll cure whatever problem I have. But instead, it may just be a sugar pill.

So the question is, why wouldn’t this be the case for Energy Healing?

Someone believes they’re getting healed, and triggers that expectation in the body, which responds to it.

Well this is where two different camps are created. One that says “great! All healing is good healing!”. While the other says “see, I told you it doesn’t work!”.

However, many has claimed to do successful energy healing on sedated patients, animals and babies, none who would be consciously capable of having the placebo effect triggered.

At the very least, what we can say for sure is that the body has the ability to self-heal. The question remains on how it’s actively triggered.

This is where we get into slightly more unknown territory.

A chakra is believed to be an energy wheel within us that has a certain function and basically is what sustains and gives us life. There are many different models with different chakras. But the most classical model has 7 different Chakras with different functions. 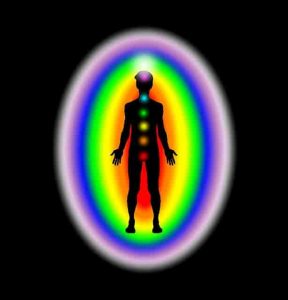 I believe this is an area where much friction is created. Those who’ve gone deep into energy healing may already have accepted this belief-model and work from it, and seen results from it.

But while there are endless stories of energy healing being effective, the chakra and auras belief offers an explanation model that might not be quite needed.

It would seem that no one really knows how any of this actually works, yet there are many explanation models offered as factual. I recommend an open stance to possibility, without neither harshly accepting nor rejecting either side.

Conclusion – What Is Energy Healing?

No one knows! Are people pulling universal life-force energies and putting them into others to heal? Or sending their own energies to others in order to heal? Maybe energy healers simply are triggering others placebo effects?

Who knows! But in my opinion, if whatever you’re doing is actually helping and healing people, why on earth would you stop simply because you’re lacking a sufficiently supported explanation-model?

Science is slow and dynamic, I recommend that we use it for our advancement rather than regressing in fear of not understanding the phenomenon.

I also recommend that you try all this out for yourself and come to your own conclusions.

Quantum Touch is the most pragmatic approach I’ve found to healing so far. No need to believe anything, follow the steps, observe the results and make up your mind if you find it valuable or not.

And I stand by the opinion of—if it helps, it helps. What’re your thoughts? 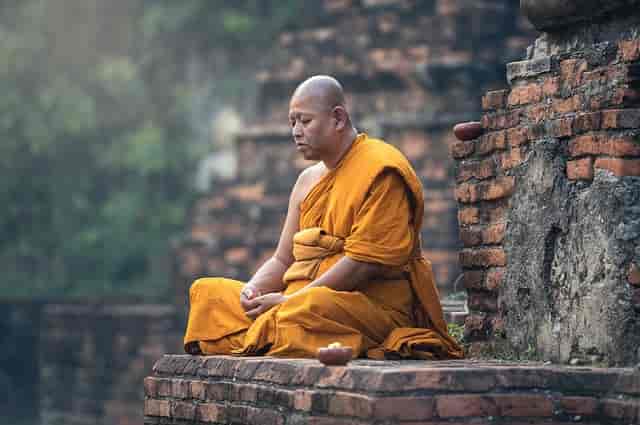